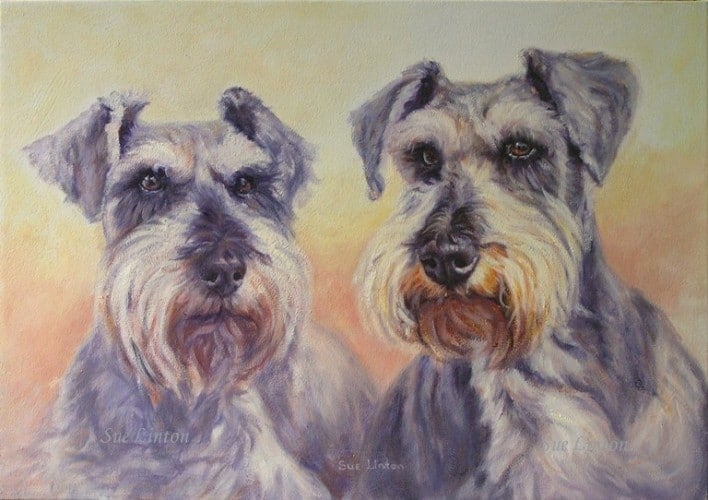 ‘I wanted to thank you for the lovely portrait you painted of my schnauzers.

We cant believe how well you have captured both of the boys, especially Ziggy. I look at the painting sometimes and I think I know exactly what Ziggy might be thinking.

We miss him terribly but having this painting to look at helps. Thank you.’ 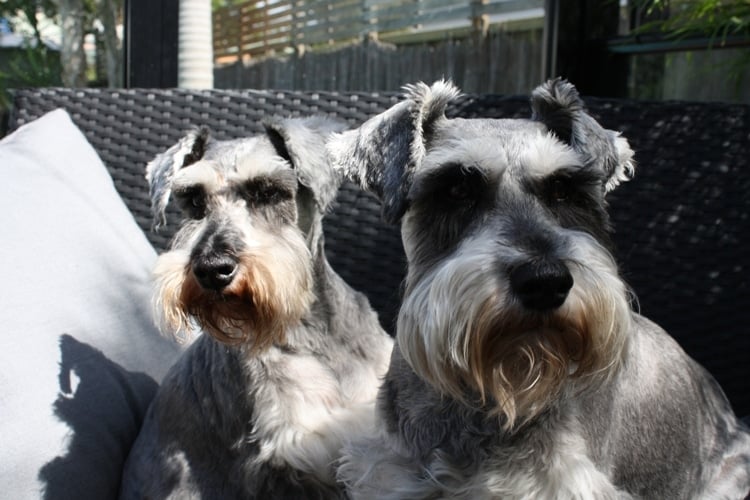 The original photo we used

We were concentrating on her own dogs that had passed away. She intended to do a portrait of her sisters dogs as a present at some time. Her sister recently lost Ziggy unexpectedly so Carol moved this portrait forward. She had just taken some photos of both dogs the week before Ziggy died but was disappointed when she saw the photos as both dogs had their eyes in shadow .

Always look for things like that when you take photos ( digital cameras are great as you can generally check what you have taken then and there).If needed take them from a different angle to the sun.

The photo was also very boring and  B lack and white lacking any real colour – but it WAS sharp!

I chose this photo of the two from a lot Carol supplied as I thought it had potential for a nice design in a portrait. Carol said I could enhance the colours .I changed the positions of the dogs for a better design and it also meant Ziggy ( who passed away) would be at the front.

Back to Oil Dog Gallery